How Can Conserving Water Harm Our Environment ? 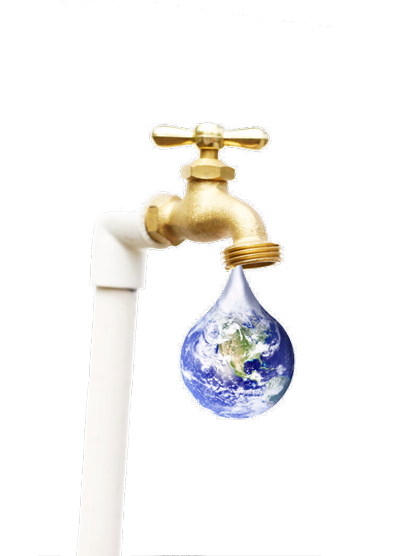 Wait. What? That’s backwards. It  doesn’t make sense. How could this be possible?

If you use less water, how can it increase water use ?

Well, its not a pretty picture, but if you have your seat belt fastened – here’s what actually happens when you honestly try to reduce your water use.

First, you and your neighbors succeed in taking steps to use less water. Then —

1) Developers demand, and are given, all the water you saved – and then some.

Here’s How: In the 1970s the Monterey Peninsula exceeded its water supply by a significant amount potentially getting all Peninsula water used up before our dessicated, rainless summers began — harming residents and forcing Carmel Valley’s Steelhead salmon and Red-legged frogs towards permanent extinction (only officially recognized after decades of official foot-dragging).

When the 1977 drought occurred, the State Water Resources Control Board imposed rationing on the area and declared a moratorium on new building.

So far, so good. We’re using less water and no more is being given out.

The Monterey Peninsula Water Management District  was  created to protect our  Peninsula from the rampant greed of developers that had put us in the dire situation.  One of the first things they did was create a “Drought Reserve” to put some water away legally (in an unused status) to protect Peninsula residents and the imperiled creatures dependent on the Carmel River when the next inevitable drought occurred.

Well, (no pun intended) soon after, in the 1980s and early 1990s greedy Subdivision Developers went to “our”  District and complained about our “unused” drought reserves. (These drought reserves arose because you and your neighboring Peninsula residents were conserving water better, using less water per person, than anywhere else in California!)

Nevertheless, greedy developers cried “Look at all that water no one is using. We need it for more development.” Disgustingly, the newly created Monterey Water Board gave the “unused” water to Peninsula cities and the County (Rubber Stamps or Puppets of the developers).  This permanently increased the number of water connections (8,000 new connections since the 1977 Moratorium, as of 1995 and counting) and water use.

Furthermore, our perpetually corrupt Monterey County along with Cities like Pacific Grove secretly conspire (in the true meaning of the term) with developers in fraudulent water “trading”  shell games so they can get water connections for physical drinking water – that doesn’t exist either physically or legally.

Both of these activities increase the number of water connections. When the immediate threat of drought  goes away – it is no surprise that when water use resumes to excessive levels with all those new connections, it is at a significantly higher level of total water use than before.

One small example: Pacific Grove City claimed that retrofitting their Golf Course with water saving equipment  would result in a 13 acre foot per year water saving from an average use of 68 acre feet. (A football field (about an acre) covered in water 1 foot deep is about 1 acre-foot.) When in fact the their Golf Course water use went UP from 68 to 82 feet of water per year – increasing water use by 14 acre feet a year.

In the meantime (the four years since the water credits were created) the city of Pacific Grove had given away  that fictitious 13 acre feet of saved water to build new houses and Increased water use at the golf course by 14 acre feet.

This resulted in a net loss of about 27 acre feet of water from the taps of residents and the Carmel River. (1)

2) Second, Save Water and Your Residential Water Bills go Up !

When you use less water, the Monterey Peninsula for-profit water company (Cal-Am)  complains to their  Bigger Puppets, the Public Utilities Commission (or PUC), that they aren’t selling as much water as they used to  – so they “need” to raise their rates. What !? Outrageously, the PUC has never turned down a rate increase on our Monterey Peninsula – no matter how unreasonable.

But we are not alone. These horrible acts  occur all over our state, and far beyond.  — “Several water agencies in the San Francisco Bay area raised their water rates to compensate for a substantial decline in revenues resulting from reduced water use by their customers [in the 1976 – 1977 drought.]” (2)

3) Responsible Citizens – People who Conserve – GET LESS WATER during Rationing than those who waste water !

Not mad yet? Try this on: The amount of water residential users are allowed during Rationing is based on a percentage of how much each person normally uses. Responsible consumers use a fraction of the water used by a shameless water wasters. Yet those who waste water only have to cut back by the same percentage as those who have been conserving.

Lets say you use 40 gallons a day and  your mean neighbor uses 200 gallons a day. He’s using five (5) times as much water as you.

When rationing kicks in, it requires you both to cut back 50 percent.

So you now only get 20 gallons, but he is only cut back to 100 gallons a day. So during Rationing, that water waster still gets to use 5 times what you are allowed !

So Monterey Peninsula water wasters benefit by getting a higher use limit during rationing than those who conserve.

This shows how water conservation can have its own surprising harmful impacts to the public interest and to you personally.

There are a couple of ways to prevent some of this gross unfairness.

Second, a water use limit needs to be used – not a “percentage reduction” as the Monterey Peninsula Water District adopted.